Today hashtags are found everywhere. What began as a method to search for something on Twitter has become multi-purpose and cross-platform used by individuals and companies alike for just about everything. Some of these include global and major events such as #WorldCup Final that were used about 32 million times onto solidarity expressions such as #jesuischarlie that was used around 5 million times. The financial hashtags known as cashtag is one that is used to track the conversations involving shares and stocks.

Great hashtags capture the imagination and attention of the public online and assist individuals and organizations in significantly increasing their media and social presence. Yet the task involved in tracking or capturing hashtags in an effective way is somewhat challenging in association to a number of times that they will be mentioned and the usage in the different countries, different contexts, and different languages. The solution to this is Hashtag tracking tools.

These tools used to track hashtags are available in various forms. Some of them aim at monitoring conversations while others focus on the influencers and others assist you in understanding what a hashtag means. Below are some of the top hashtag tracking tools to consider:

You can get a feel for this platform with the Free Search that allows the user to measure the impact of the different hashtags in an easier way. This tool gives a view of various metrics that include potential reach, sentiment, engagement and general buzz.

When users are trying to decide on hashtags that they are able to use in order to promote products or campaigns, the user will want to know about how the different hashtags have been linked. The tool known as Hashtagify shows the various links between specific hashtags as well as gaining an insight to see the closeness in links as well as their popularity. This tool also allows users to look at post selections when using a specific hashtag along with the top rated influencers.

RiteTag is said to be interesting in regards to that is a type of “hashtag” personal trainer. The user will be required to sign-in their Twitter account first. Once signed in the tool will judge whether the hashtags the user is using are appropriate. This tool also allows the user to search through lists of trending and current hashtags along with various statistics that will include the amount of tweets and retweets every hour as well as the potential reach. This specific tool has been described as a versatile tool which assists users in improving the way they use their own hashtags. At the same time, the user is given statistical insight relating to popular hashtags that can be used to improve one’s own campaigns.

Tagboard is a fantastic method to attain a very visual and quick snapshot on how a specific hashtag is used across various platforms. The user is also able to view the hashtags that are linked to the original one that was searched for. This is extremely handy for the major events which are often associated with multiple hashtags. In the way of filtering results, the user can view by the social networks to gauge how the usage of a hashtag between the various platforms along with the sentiment gauge assists in determining whether individuals are using this hashtag negatively or positively.

Andrea Vahl the co-author of the book Facebook Marketing All-In-One For Dummies states that she enjoys using the Tagboard tool to search for how a Hashtag is used across various social platforms at the same time.

The site known as hashtag.org is the ideal place to visit for the general information relating to hashtags. It is recommended to be the most useful about finding the top rated trending hashtags in various genres like entertainment, tech, business and more. However, this tool also involves rich resources that include instructions for using hashtags and the latest general info and news about how to use Twitter effectively. This site is a fantastic learning resource for the individuals who are just starting out with hashtags. 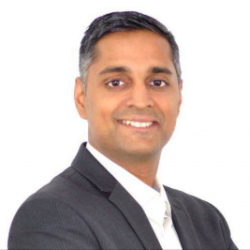 Inbound Marketing – What, How and Why ?